Dance with them that brung ya

“We are marching in a compact group along a precipitous and difficult path, firmly holding
each other by the hand. We are surrounded on all sides by enemies, and we have to
advance almost constantly under their fire. We have combined, by a freely adopted decision,
for the purpose of fighting the enemy, and not of retreating into the neighbouring
marsh, the inhabitants of which, from the very outset, have reproached us with having separated
ourselves into an exclusive group and with having chosen the path of struggle instead
of the path of conciliation. And now some among us begin to cry out: Let us go into the
marsh! And when we begin to shame them, they retort: What backward people you are!
Are you not ashamed to deny us the liberty to invite you to take a better road! Oh, yes,
gentlemen! You are free not only to invite us, but to go yourselves wherever you will, even
into the marsh. In fact, we think that the marsh is your proper place, and we are prepared
to render you every assistance to get there. Only let go of our hands, don’t clutch at us
and don’t besmirch the grand word freedom, for we too are “free” to go where we please,
free to fight not only against the marsh, but also against those who are turning towards the
marsh!”
Vladmir Lenin
“what is to be done”,1902

“Omg, he quoted Lenin”
“You mean the Beatle?”
“No, the Supercommunist, Russian Revolutionary, who embodies the only possible form of that Great Evil, Communism.”
“Is the quote any good?”
“Of course not,it's frikkin Communism, man!... and him using it, at all, means that he agrees, jot and tittle, with everything that Bad Person ever said, did, thought, or considered.
He should therefore be cast out of the Club and shot...or at least ridiculed then ignored.”
“Seems a little extreme, doesn't it? I mean, we pride ourselves on our Tolerance, for one....and on our absolute Love of Free Speech, for another. Perhaps he saw value in the quote, but doesn't agree with the author on every issue...or even on any issue. Perhaps we are missing something.”
“Our Benevolent and Magnanimous Toleration is only for the Right Wing....we only tolerate them, which makes us pretty. Those Commies, though....They'll ruin everything.
How are we supposed to make money, if we rail against those who have it?
Without money, how will we continue to lay down on the floor of the two chambers, and in the Oval Office, and grovel to Power?
The Commies....and the damned Socialists, too(they're all the same anyway)...they just don't understand where the Power is...otherwise, they'd be right here beside us, on our knees. Everyone knows that if you want Power, you must go to the Source...and beg to join it...to become a Part of it...so that we can fight effectively.
We need to become a lesser enemy, so we can fight the greater...somehow....when the time is right.
In the mean time...
We should join them, Gandalf....we should join the Dark Side....
It would be wise, my friend...”
>>>>>>>>>>>>>>>>>>>>>>>>>>>>>>>>>>>>>>>>>>

again, I give you my political philosophy, in image form: 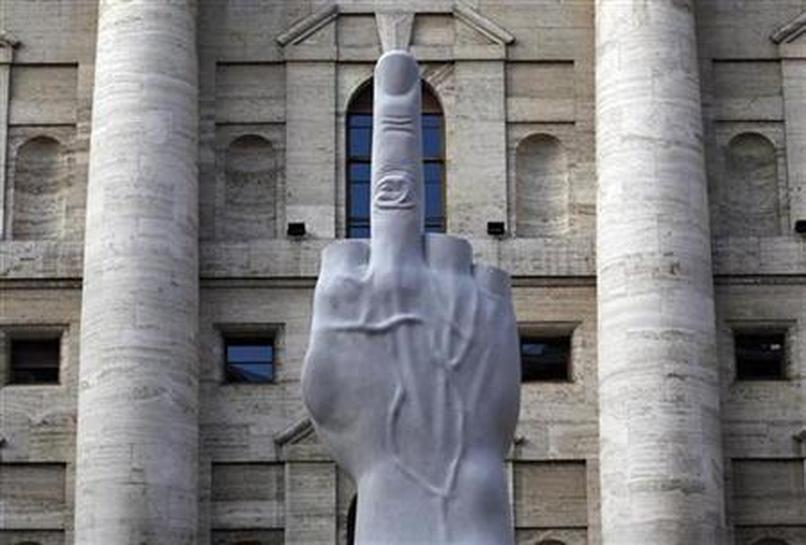 The Comments Sections are rife with odious and undemocratic apologists for Power, for Paradigm Defense.
Even for Incrementalism...which has failed repeatedly to stem the tide of GOP destruction.
“But...but...the young'uns don't vote!!!”...So saith Bill Clinton, himself, in the latest installment of his ongoing “Get Off My Lawn” Tour.
Never is it even considered that Democrats and Democrat-Leaning folks, are less than Enthused for a very good reason.
Namely, Incrementalism and a 40-year swing to the Right.
The Party Establishment gives us uninspiring candidates, and then laments that we are uninspired.
I am no Leninist...but it says something when somebody like him said things a hundred years ago that are perfectly instructive and apt for today's political situation.
Similarly to this, from our own sordid history:

“Of course, Socialism is violently denounced by the capitalist press and by all the brood of subsidized contributors to magazine literature, but this only confirms the view that the advance of Socialism is very properly recognized by the capitalist class as the one cloud upon the horizon which portends an end to the system in which they have waxed fat, insolent and despotic through the exploitation of their countless wage-working slaves. “-Eugene V. Debs
Posted by amfortas the hippie at 7:04 AM